Ten pieces of advice for landlords in the UK now - Published by The Times, featuring Right Now Residential

Ten pieces of advice for landlords in the UK now

From insurance to reference checks, here’s how to stay on top of your game in a changing world

For years landlords had never had it so good, and the buy-to-let boom of the Noughties was the story of the UK property market. Recently, though, investors have been hit by a series of financial and regulatory setbacks.

“It’s like a death by a thousand paper cuts,” says Matt Staton, the head of lettings at Berkshire Hathaway HomeServices Kay & Co in London. “We are seeing some landlords sell their portfolios. I have had people who have let properties for years and years, but with the tenant fee ban, the licence fees and the Electrical Installation Condition Reports (EICR), they are looking at their spreadsheets and saying it is not as profitable to let property as it was five, six, seven years ago.”

In April 2016 landlords were hit with an additional 3 per cent stamp duty levy when buying property. This was swiftly followed in 2017 by the phasing out of tax relief on mortgage interest payments and stricter licensing rules (and higher fees).

Then there is the increased competition from build-to-rent schemes. And this summer stringent new requirements for electricity checks and the subsequent costly remedial works have given landlords a jolt. The pandemic has been the final blow: it is more difficult to evict tenants, many of whom are not able to pay their rent, and as Airbnbs shut down and city dwellers flee to the countryside, urban rents are falling. Now tenants are calling the shots.

Aaron, the chief executive of a letting agency, says: “The Covid-19 pandemic has had a huge impact on the lettings market, and landlords are having to adapt to new legislation and demands from tenants.” 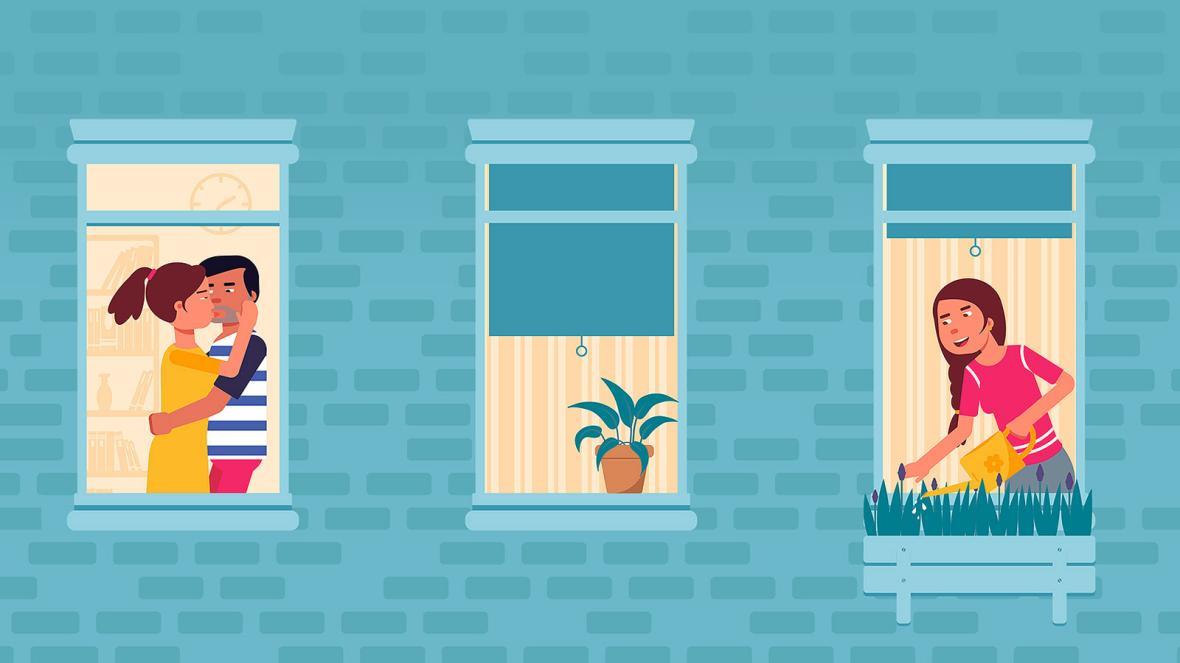 More than a third of landlords have seen a reduction in rental yields, and almost half have had to deal with an increase in rent payment issues since the start of the pandemic, according to the National Landlord Index.

The survey also found that 55 per cent are not planning to expand their portfolio this year, and 70 per cent say increased government legislation has made being a landlord a less attractive investment opportunity.
Not everyone is throwing in the towel, though. “Things are a bit trickier for landlords — there is more red tape — but on the flipside, the interest you would get from putting your money in the bank is negligible,” says Aneisha Beveridge, head of research at Hamptons International. “Many landlords sold last year because of the changes to tax relief, and this year they have been benefiting from the stamp-duty holiday, so a few more have been buying back into the market.”

If you are a landlord, who is staying in the game, here’s how to survive.

1. Be prepared to drop your price

In London and other cities tenants have never had so much choice as properties were converted from Airbnbs to long lets, and potential tenants fled to the countryside. Be prepared to slash the rent by 10 to 30 per cent to keep your tenant, says Peter Murphy, the founder of the London lettings agency Right Now Residential, otherwise you could end up losing a larger sum in the void periods.
Even so, Oliver Graham, the lettings manager of Hamptons International in Kensal Rise and Queen’s Park, west London, says that a two-bedroom flat with a garden may be worth more now than it was a year ago.

2. Be flexible on contracts

Some renters are looking to lock in low rents for a long period, and right now they have the power. If you do offer a two or three-year contract, but are hopeful that life will return to normal in a year’s time, Murphy suggests that you insert a break clause at six or 12 months. If a successful vaccine for Covid-19 is produced, rents may go back up quickly. If you have a break clause, you have the option of remarketing the property at a higher rent.

Conversely, shorter and more flexible contracts might be more attractive to some tenants. Contracts that allow tenants to leave after six months with only a month’s notice, rather than the usual two, are popular. Freedom and flexibility are what many tenants want in case they lose their job.

Pet sales have spiked during lockdown as WFH-ers crave company. Advertising your property as pet-friendly will open it up to a wider market, Murphy advises. You can no longer charge higher deposits for pet owners, so put a pet clause in the contract requiring tenants to pay for damage and to provide a deep clean at the end of the contract.

4. Step up your reference checks

It has become harder to evict tenants since the pandemic began. Section 21 and section 8 notices have been extended from two to six months, and there is a backlog of 60,000 eviction cases waiting to be reviewed through the courts. So it is no longer enough to rely on a previous landlord’s reference, or a letter from an employer.

Right Now Residential uses open-banking checks through Goodlord, a lettings platform. This allows landlords to see the prospective tenant’s spending habits, past income and how often they have been overdrawn. Tenants must give consent to these checks. And if they refuse? “That raises a red flag,” Murphy says.

If your tenant loses their job and can’t pay the rent, Goodlord offers landlords rent protection insurance. Right Now Residential’s 15 per cent management fee includes rent protection insurance from Goodlord, which costs about 1 per cent of the rent. The scheme covers up to £15,000 a month for 12 months of unpaid rent, and £100,000 should the tenant need to be evicted.

6. Waive or reduce the deposit

You could lure tenants with zero-deposit schemes. Right Now Residential uses one from Flatfair. Instead of coughing up five weeks’ rent for the deposit, the tenant pays a one-off fee of £120, or a week’s rent, to sign up to the platform. If the tenant scarpers without paying rent, or leaves a damaged property, Flatfair will reimburse the landlord.
It’s a good ploy to attract tenants because it saves them the upfront costs (although they do not get the £120 back). Then again, you may not want a tenant who can’t afford a five-week deposit.

7. Get your electrics in order

The Electrical Installation Condition Report (EICR) became mandatory in July. When landlords renew a tenancy, or start a new one, they must possess an EICR from an electrician (it lasts five years). The report itself does not cost much — £100 to £350, depending on the property — but it is the findings that are costing landlords the Earth.
Matt Staton, the head of lettings at Berkshire Hathaway HomeServices Kay & Co in London, says that he has not seen a single period property receive a satisfactory score on first inspection; one landlord was ordered to pay £1,800 to have all the lights changed and the fuse box upgraded; another had to pay more than £3,000 for an electrics overhaul.

8. Check that you have the right licence

If you thought you would make a fortune letting bedrooms in houses of multiple occupancy (HMOs), think again. The licence rules changed in 2018 and 2019, and many landlords are discovering this only when they come to relet.

If you are letting to three or more unrelated individuals sharing one property — for example, three friends — you must pay for an “additional licence”, according to Staton. In the north London borough of Islington this would cost £288 a bedroom. If you are letting to five or more unrelated individuals, you will need a “mandatory licence” (the same cost per bedroom as an “additional licence”). You will also have to ensure that bedrooms are a certain size and that HMO fire safety is up to scratch.

It might be cheaper for landlords to let the house to a family rather than a house-share, Staton says, to avoid the hefty HMO fees. But check if your property is on a street that requires a “selective licence”, which applies to a property whether it is rented by one person or four people, families or strangers. In Islington this costs £500 a property. If you don’t pay for the right licence you are liable for fines as high as £30,000. Do the maths, ask your agent for advice, and speak to a specialist licensing firm such as HMO Services.

When the government introduced mortgage holidays, it said taking one would not affect your credit score. It won’t, but if you apply for a mortgage or try to remortgage, lenders will ask you if you have taken a mortgage holiday. You must tell them you have done so, and it might be viewed negatively, Murphy says.

10. Invest in the North of England

If you are an investor in England and Wales looking for good yields, forget London and the South. In the past 12 months the highest yields in the country were in Wales and the North. According to research from Hamptons International, the top earners were terraced houses in Blaenau Gwent (8.1 per cent), Sunderland (7.9 per cent ) and Hyndburn in Lancashire (7.9 per cent), and flats in Blackpool (7.8 per cent) and Knowsley, Merseyside (7.8 per cent). This compares with the lowest yields in Cambridge (3.4 per cent for a flat), South Buckinghamshire (3.5 per cent for a terraced house) and Camden in north London (3.6 per cent for a flat).

This may change if there are more job losses, but Alan Bevan, the managing director of City Residential in Liverpool, is encouraging landlords to hold on to good tenants and to talk to them about payment structures if they are furloughed or unemployed. “If you have got a good tenant who has been there for a long time, and they are engaging with you, in most cases it is much better to keep hold of them,” he says.